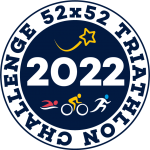 Ecompli have been providing compliance support to Seico Insurance & Mortgages Limited for over 10-years. During this time we’ve had the pleasure of getting to know the people behind the business and, in particular, the great work that Director Rob Starr carries out via his charity.

The Starr Trust, which is now in its 15th year, raises funds to help young people be the best that they can be and to help remove any roadblocks that they face in life. 100% of all funds raised will be given out to young people, because the charity has all its running costs covered by Rob’s company, SEICO Group and therefore uses no sponsorship money for running costs.

For 2022, Rob has committed to completing an Olympic Triathlon: that is 52 triathlons in 52 weeks!

Rob is aiming to raise £100k through this extreme challenge to support as many young people as possible. The Olympic Triathlon is a continuous event that is a 1500metre swim, followed by a 40 kilometre bike ride, then a 10 kilometre run. Each one takes Rob between 3-4 hours to complete, which means he will be spending around 200 hours to complete the event and he will swim 78 kilometres, will cycle 2080 kilometres and will run 520 kilometres.

Rob Starr of the Starr Trust said: “I am equally excited and nervous to take on such a big challenge, but the Young People our charity support need our help and as founder of the charity I feel it’s down to me to lead from the front.  My biggest challenge will be keeping injury free and mentally strong enough to do this week after week for a full year, which is not always easy with my illness to contend with and life being as unpredictable as it currently is.  But with the support I have around me, I have no doubt I will complete this and raise enough money to Remove as many Roadblocks as we can for young people. 2022 is shaping up to be a rather exhausting year!”

Rob has completed a number of extreme challenges for the charity over the years, from Swimming the English Channel to Cycling up Le Mont Ventoux, to completing a full Ironman. But this challenge may prove to be the toughest yet, as it lasts a whole year.

Rob’s challenge is made tougher as he is 52 years old, has Crohn’s disease, Arthritis and Osteoporosis. However, he is always determined to do his very best and will not stop until the challenge is completed. Rob is being supported on his challenge by Gold Olympian Robin Cousins and Double Gold Olympian Daley Thompson, both supporters of the Starr Trust.

A weekly blog on the Starr Trust website documents Rob’s progress on this mammoth challenge in the hope to inspire businesses and individuals to get involved or support however they can. Follow and sign up for updates here: www.starrtrust.org/52×52-challenge

By completing the Newsletter Sign Up Form you are giving your consent for us to email you our Free Monthly Newsletter.

Close Menu
Tel: 01254 675 674 | info@ecompli.co.uk
We use cookies on our website to give you the most relevant experience by remembering your preferences and repeat visits. By clicking “Accept”, you consent to the use of ALL the cookies.
READ MOREACCEPT
Manage consent

This website uses cookies to improve your experience while you navigate through the website. Out of these, the cookies that are categorized as necessary are stored on your browser as they are essential for the working of basic functionalities of the website. We also use third-party cookies that help us analyze and understand how you use this website. These cookies will be stored in your browser only with your consent. You also have the option to opt-out of these cookies. But opting out of some of these cookies may affect your browsing experience.
Necessary Always Enabled
Necessary cookies are absolutely essential for the website to function properly. These cookies ensure basic functionalities and security features of the website, anonymously.
Functional
Functional cookies help to perform certain functionalities like sharing the content of the website on social media platforms, collect feedbacks, and other third-party features.
Performance
Performance cookies are used to understand and analyze the key performance indexes of the website which helps in delivering a better user experience for the visitors.
Analytics
Analytical cookies are used to understand how visitors interact with the website. These cookies help provide information on metrics the number of visitors, bounce rate, traffic source, etc.
Advertisement
Advertisement cookies are used to provide visitors with relevant ads and marketing campaigns. These cookies track visitors across websites and collect information to provide customized ads.
Others
Other uncategorized cookies are those that are being analyzed and have not been classified into a category as yet.
SAVE & ACCEPT